Writing Characters and Politics: The importance of listening 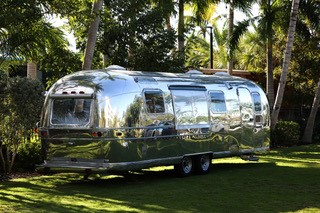 (This is my last political blog for a while, but I want to address a few items that came up in the wake of my Bulwark Op-Ed and Lincoln Project interview. Then I’m on to promoting The Empty Confessional.)

In the previous blog, I wrote disparagingly about those who have stood by and let our democracy erode. But let me be clear: I don’t blame Trumpists for our dilemma. I blame our leaders, both Republican and Democrat, and I blame those of us who have recognized what’s going on and minimalized it rather than defining and addressing it. In short, catching cancer in its earliest stages, before it metastasizes.

The reason I don’t blame Trumpists is that their grievances are real and deserve a forum. Ignoring those grievances is what opened the door to Trump and Trumpism. Trump didn’t create these grievances; he just recognized and acknowledged them. If Democrats and Republican had done the same, even if they didn’t agree with them, there would have been no Trump, no January 6.

Tying this back into writing, especially creating characters and writing dialogue, let me tell you about two components that I believe improve my writing and help me negotiate my way through this increasingly fractured political landscape. They are listening and empathy.

Before you think I’m being self-congratulatory here, let me assure you that these skills are in evidence only outside my home and marriage. If my wife of 38 years were reading this blog (relax: she’s never read a word I’ve written), she would laugh out loud. At home I don’t think I display either a facility for listening or the ability to empathize. But outside the home, that’s another thing entirely.

The reason I listen hard, engage people and try to empathize with them is that I want to become a better writer. I think I’m pretty honest in my self-appraisal of my writing skills. For example, I suck at description and establishing a unique narrative voice. On the other hand, though, I’ve been told by numerous critics and editors that I’m strong at character development and dialogue, especially the latter. And the way to get better at those two things is to get the hell out of your comfort zone. Encounter people who are far afield from those you grew up or are friends with now, hear them out with respect, then use what you learn in your writing.

An example:  last month I was in Durango, Colorado for a month (see the earlier blog: I Hate Snow). I went into town to pick up dinner at a brewpub. Waiting for the dinner, I had a beer and watched a football game. Then I took out my laptop and worked on a new article. A couple next to me struck up a conversation and we talked about a slew of topics, including politics. They were very critical of Trump, so I thought I’d found political kindred spirits. It turned out that they were Trumpists who disliked their standard-bearer. In explaining their dilemma, they said he was a horse’s ass but they also said two things that stuck with me. The first was that he was the first president who understood them—their plight, their concerns. The second was that they thought he stood up for the US to the rest of the world, something long overdue. The conversation could have devolved into a shouting match, but we were already friends, so we listened to each other respectfully. In the end, they gave me their phone numbers and said they’d like to have my wife and me over for dinner. If we hadn’t been leaving for Austin the next day, I would have definitely accepted the invitation.

It’s the same when we go camping. Most of the trailer places that we pull into with our Airstream are full of MAGA caps and America-first t-shirts. But the people wearing these are among the nicest we’ve encountered. They help us park the damn trailer, we respond by thanking them with a beer, and we’re suddenly pals. Inevitably Trump comes up, and I’ve developed a way to get my points across without raising instant ‘you’re-an-idiot’ barriers. What I do is say that I voted for Trump in 2016 just to shake things up, but I will never vote for him or any of his designated candidates in the future. It’s a lie, sure, but it gives us common ground to start, which opens their ears to what I have to say. And, since I’ve told them I voted for Trump once, I’m required to acknowledge a number of their points. And in the process I learn a lot more than if we just listened to them vent and then go back to the Airstream and talk about what buffoons they were and how aware we are.

What I’ve learned in these travels and conversations is this: the world, especially the US, has changed way too fast for them. If you had told a younger version of me that before I was of Medicare age we would have a black president, that marijuana would be legal in most states, that gays would be allowed to marry, that whites would soon be in the minority—any one of them I would have questioned. Taken all together, I’d have said you were crazy. And yet here we are, and what I find as a refreshing take on American society and our liberalism, my camping and Durango friends decry as examples of just how far we’ve slid down the societal ladder. They yearn for the days of a $38/hr. factory job, of townspeople who looked like them, of a society where booze was the drug of choice. They’re not wrong to want these things, though I think they’re political naïve. But they certainly deserve to be listened to.

It’s the same with writing characters. Reviews of The Devil’s Breath congratulated me for making my Nazi characters fully-developed, intriguing figures, rather than evil one-dimensional cartoons. Those reviews mean a lot to me as a writer. My next novel has a number of pedophiles in it. They were as hard to empathize with as the Auschwitz Nazis. I didn’t go camping with pedophiles to get a feel for them, but I did a lot of research, then tried to put myself in their shoes. I didn’t want to try to explain them, I just wanted to make them real, for all of us to know that people like this exist within our society. More than we’d like to admit.

Again, the next blogs will be back to writing. I hope you’ll forgive me these two forays back into the political world. But sometimes that world is more compelling than the worlds I can invent with my keyboard—and when that happens, it’s my responsibility to quit ‘business-as-usual’ and shut up and listen.