Write What You Know (Part 3) 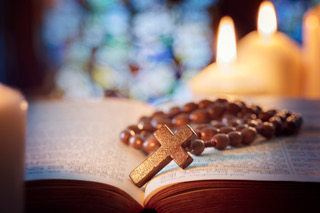 NOTE:  This is the third of a 3-part blog series about the writers’ maxim:  Write what you know. Each blog focuses on one of my novels and the experiences that hopefully enriched and informed them.

The Confessional (name of novel I’m working on)

As mentioned in a previous blog, for a relatively normal, happy guy I’ve wound up writing about three very distressing topics:  sexual assault and rape; the Holocaust; and pedophilia. This last one is an area where, thankfully, I don’t have any first-hand experience. But I’ve spent enough time around seminaries, both Catholic and Protestant, to have formed opinions on the kinds of people they attract and the kinds of behavior they tolerate.

For this blog, I’ll just set things up with an article I wrote for Newsweek magazine in 2003. It discusses why the Catholic seminary seems to breed more pedophiles than any other religious institution in the world. Here you go:

Is It Too Late for the Catholic Church to Save Itself?

As a Roman Catholic seminary dropout, I’ve watched the ongoing pedophilia scandals and the church’s equivocal response with sadness but not surprise. This is, after all, Catholicism’s Enron, where insiders knew all along what was going on and wondered when the rest of the world would notice–or care.

I grew up Catholic in California, a sure-fire recipe for schizophrenia. I would attend mass every morning, then spend the rest of the day flirting with the ’60s trinity of temptations–sex, drugs and rock and roll. In 1971, I joined a seminary program attached to a coed Catholic university, so that I could study for the priesthood while keeping an eye on what I would be giving up.

The seminarians I encountered were truly decent young men; there wasn’t an obvious pedophile in the lot. From the start, though, there was a distinct division within the ranks, one that would play a large role in the crisis to come.

On one hand, there were the “Secularists,” men who believed, as I did, that the best way to make our faith relevant was to make it contemporary. They protested the war, manned soup kitchens and maintained friendships with the opposite sex. They accepted the challenge of resisting the temptations of the present with very little support from a church moored in the past.

Outnumbering the Secularists were those I called “Refugees,” men wholly at home in the church’s cloisters. They were socially awkward and uncomfortable with modern culture–boys in a hurry to become middle-aged men. While the Secularists drank beer and listened to the Stones, the Refugees sipped sherry and listened to classical music. For them, the priesthood was more a career than a calling.

Meanwhile, I was growing increasingly uncomfortable with the church’s positions on a variety of issues. By the end of my first year, I had decided to leave, although I continued to study religion at the adjoining university.

After I got my degree, I wound up in a doctoral program where the only affordable housing was in the local Methodist seminary. From the start, I was stunned by the difference between the seminarians I had just left and my new roomies. First off, there was the obvious–the women ministerial students on floors two and four. Second was the training. While my Jesuit friends were doing the Spiritual Exercises of Ignatius–a monthlong meditation to deepen their relationship with Christ–their Protestant counterparts were studying marriage counseling and learning how to run an after-school rec center.

Over the years I’ve stayed in touch with my classmates from the Catholic seminary. I’ve watched as the bulk of the Secularists left the priesthood or took parish assignments. The Refugees, now cardinals and bishops, are in firm control, resisting virtually every call for change. Faced with a dwindling congregation and a shrinking pool of incoming seminarians, they’ve circled the wagons. They’ve stonewalled the police and their own lay councils, placing themselves above the law even when it means sheltering pedophiles.

It’s the response you’d expect from an institution that turns a blind eye to behavior it officially condemns. I remember a reunion where one of my old classmates, now a midlevel church official, was discussing how AIDS was ravaging the clergy. “Who’d have guessed there were so many intravenous drug users among us?” he said, as everyone at the table laughed nervously.

But if homosexuality was an open secret, pedophilia was the demented relative in the attic that no one acknowledged. We knew pedophiles were out there; too many of us had been altar boys and encountered creepy priests who hugged too often. But that happened in another time and place; it wasn’t who we were.

But pedophilia, as we now know, is very much alive in the church. It won’t go away until we reform the system that allows it to flourish. Even the most hidebound Refugees know that change is inevitable. If they’re serious, they’ll start with the seminaries, which for too long have been social cocoons that don’t prepare their inhabitants for the real world. If they need a model, they can look to the Protestants.

American Catholicism doesn’t need to become more Protestant to survive–but it does need to become more secular. The church hierarchy should send seminarians out early and often into the communities they’ll be serving. They should teach them psychology along with theology. Most important, they should require seminarians to go through a counseling program so that predators are weeded out before they ever get near an altar boy or a frightened young girl in the confessional.

It’s a broken system that only the Refugees can fix. Let’s hope they’re up to it.