Write What You Know (Part 2) 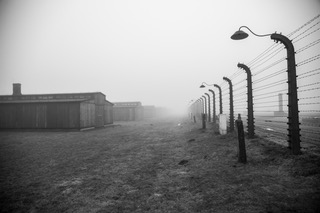 NOTE:  This is the second of a 3-part blog series about the writers’ maxim:  Write what you know. Each blog focuses on one of my novels and the experiences that hopefully enriched and informed them.

I grew up in a military family, which meant a lot of travel, some of it including overseas posting. My father, a major in the US Air Force, was stationed in Germany in the early 60’s. Due to a housing snafu, there was no room on the base for us (Rhein/Main AFB), so we were set up in an apartment near to the base called Kelsterbach.

This was 1960—the war had been over for less than 15 years. Parts of Frankfurt, the major city 13 kilometers from Kelsterbach, were still in ruins from the American bombing campaigns. Men in our new home town were missing arms and legs. It was a strange intro to our new country.

But kids make their own realities. We became friends with the local youth. We taught them their first American words:  ‘Son of a bitch.’ They reciprocated by teaching us “Scheisskopf” (shithead). We taught them baseball, they taught us soccer. Every now and again, one of them would show up from some artifact from the war, usually something they’d discovered in the nearby woods. The one I remember most was a hand grenade, the ‘potato masher’ model seen in the movies. One day they led us back to their crown jewel: an artillery post overgrown with ivy, complete with rusted anti-aircraft cannon. We were in heaven.

So the war to us was something in the past. Our friends weren’t even alive when Hitler came to power and their parents seemed to be the nicest folks.

All of that changed for me in our second year in Germany, when my dad took the family down to visit Dachau, the first concentration camp of the Third Reich. Preserved as a museum, it was an eye opener for anyone who visited, especially an 8 year-old kid. I remember that visit like it was yesterday—the barracks, the gas chamber, the photos of the men and women subjected to medical experiments.

When I returned to Kelsterbach, it wasn’t like my German friends and neighbors became different people. But I had to wonder what they knew about places like Dachau, what had happened to their Jewish neighbors? Had they helped the Nazis identify them, take their businesses away? Things like that.

Heavy questions for a 2nd grader, but they stayed with me through my life. At 17, I went back to Germany, this time able to speak German, and stayed in campgrounds where I’d engage with fellow campers. And I’d ask them the above questions, as politely as possible. Their answers normally began with “Glaube mir, wir hatten keine Idee” (Believe me, we had no idea this was going on.) But when I gently pressed on items that had to happen in their midst—the Nazification of each industry, the Hitler Youth for their kids, the targeting of Jews—they came back with a blend of ignorance (the Reich controlled all media) and fear. But those who had their wits about them shook themselves free from their defensive posture and asked me: “If you’d been  alive and here during that time, what would you have done.” At seventeen I didn’t have much of an answer; I still don’t today. I know what I would hope to have done, but that’s different from knowing what I would have done.

Although I later became a professor of Holocaust and Genocide Studies, the ‘write what you know’ component of The Devil’s Breath came from the questions I’d had as a kid and as a teenager. How did normal people become institutional murderers—did they switch a major component of their psyche off or did they lose their moral compass in increments, like the frog in the pan of water?

There are two major schools of thought about the Holocaust and how it developed. The first is the “Intentionalist” school, which believes that the Holocaust occurred in a straight line from Hitler’s original intentions, to his development of a plan in the 20s, his enlistment and coercion of the German population in the 30s, culminating in its implementation in the 40s. The “Functionalist” school, to simplify its position, holds that all the talk about extermination of the Jews in the 20s and 30s were Hitler riling the crowds, of needing a targets and a justification for his aggressive plans. The original concentration camps were death camps but they weren’t killing camps—there were no gas chambers until after the war was well under way. This camp holds that Hitler believed that the world would never tolerate murder on that scale. But as the 30s played out and he defiantly crossed them without punishment, the idea began to percolate that maybe he could get away with it. And when the invasions of Poland and Russia brought a large majority of all European Jewry under his control, ‘the end of the Jewish race’ suddenly became a possibility. And he turned what had started as a defiant threat into a reality.

I wrote The Devil’s Breath with the above distinction in mind. I definitely didn’t want the Nazis in my novel to be one-dimensional, monsters with blood dripping from their lips. And I didn’t want my Jewish characters to be objects of pity, helpless victims of the machine. To my pride, early reviews of the novel have all mentioned the complexity of my characters and the decisions they face. Which I’m glad about, because I’m still wrestling with the questions above: how did it happen and what would I have done?