Write What You Know (Part 1) 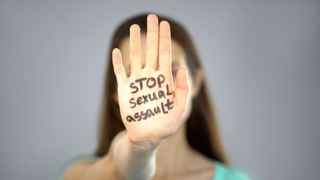 NOTE:  This is the first of a 3-part blog series about the writers’ maxim:  Write what you know. Each blog focuses on one of my novels and the experiences that hopefully enriched and informed them. Below is the first one.

This novel’s underlying themes had to do with the warping effects of two life-changing events:  incarceration and sexual violence. It is the story of a group of ex-cons living up in an abandoned lumber camp in Northern California. They and their charismatic leader, Josh, utilize their prison-learned skills and wits to stay one step ahead of the law. But as the events play out, it becomes clear that sexual violence is at the core of so many mysteries surrounding this group and their leader. And as the novel develops, the reader is shown the practices and effects of rape from a number of different angles.

Now to state up front, I’ve never been in jail or sexually assaulted. So what the hell was I doing, thinking I could write a novel with these two themes at its core?

First off, you don’t have to have direct experience with something to write about it. Though it helps. If we required this kind of experience of our authors, there would be precious little Shakespeare to read and our libraries would be much smaller than they are. But if you want to be taken seriously, you need to do your homework. A lot of it. On the prison front, that meant research and conversations with people who had been incarcerated. One friend also was a chaplain in a prison critiqued and confirmed my observations on prison life and its effect on a prisoner’s sense of self, as well as his possibility of a life post-release. It is no secret that rape is an ongoing issue in most prisons, one that is usually treated more with gallows humor (“Don’t drop your soap.”) than with sympathy and investigation. Guards see it as part of the prison hierarchy system, as a self-policing or self-governing component that helps them manage large groups of men in a confined environment.

On the sexual violence side, I was very fortunate to be living with an expert on the subject. My wife, Pamela Pearson, had worked at the Rape Crisis Center of San Jose when we first met. Our first meeting was a result of the death of a mutual friend, a fellow teacher. I was new to town and she and I became fast friends. As our friendship developed, she revealed that she’d been raped two years before; in fact, she was the only surviving victim of this particular rapist, who’d been active for five years. Worried that she would have a problem recounting the rape on the witness stand, she asked if it would be okay to rehearse her testimony with me. So for the next month we’d have dinner or drinks once or twice a week and she told her story, not just the attack itself but the ramifications on her daily life and sense of self.

The tragedy in all of this was that my friend died in a car accident two weeks before the trial. Stunned and saddened, I wondered what I could do to honor her memory. I remembered that she’d talked about how helpful the Rape Crisis Center had been to her in coming to grips with what had happened and what lay ahead. In particular, she talked about the woman who had been her primary counselor. So I went down to the Center to volunteer my services. The woman who Linda had raved about turned out to be Pam.

After a few weeks of training, Pam put me to work in two areas. The first was counseling men—either men who had been raped or men whose significant other had been raped. Hearing the stories of the rape victims was challenging, not just because of the seriousness of the assaults but for the related confusion that straight victims had to being the victim of an act normally associated with homosexuality. In addition, as one of the few male counselors, I was tasked with supporting the men whose wives or girlfriends had been raped, helping them learn how to support and listen, as well as how/when to show physical affection.

The second area that Pam needed help with was in public speaking—specifically, meeting with large groups of women to discuss rape prevention. We would go speak to auditoriums filled with women. Pam would lead the discussion, speaking about ways that women could protect themselves when under attack, how to disable an attacker, what to say to your attacker. Then she would turn things over to me and I would walk through what we’d learned about how rapists choose their victims. When it comes to rape, the planned attacks—where the rapist targets, plans, and stalks before striking—it’s very hard to offer much in the way of advice. But for the large number of rapes that seem to happen on the spur of the moment, the goal is to teach women how to avoid those behaviors that can indicate an easy mark. When walking to your car—or anywhere that feels risky—adopt a brisk, no-nonsense pace. Have your whistle and/or spray at the ready, not in your purse. And put your stiletto heels in your bag and go with running shoes. Most of it was common sense, but it seemed like news to many of the women we met with.

I’ll end on a good story from this period. We were presenting to over 300 women at an aerospace company. When we got to the Q+A section, a timid woman raised her hand. “I’ve heard,” she said, her voice barely above a whisper, “that this can work. When your attacker is ready to rape you and drops his pants, if you look at his penis and laugh and say ‘How small’, then they can’t perform and will leave you alone.” She paused. “Would that work?”

Pam let the nervous laughter die down, then said with a straight face:  “I think Tom is better equipped to handle that one.” We were married two years later.