What We Don’t Know About the Holocaust 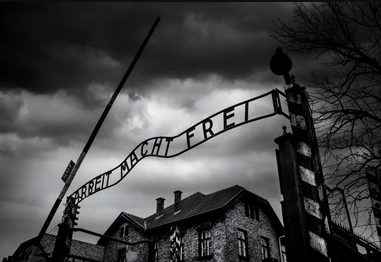 Genocide is like a disease: you need to recognize it in its earliest forms. When the trains are running and the gas chambers are in full operation, it’s too late to stop.  In my new novel, The Devil’s Breath, I analyze how a great nation and people became institutional murderers.

When I used to teach the Holocaust, I always started each new seminar with a quick quiz. My students were either seniors in college or graduate students, hand-picked by the History faculty for the seminar. They were schooled in European history (most of them majoring in it) and were excellent and willing participants in classroom discussions.

But they were also a bit cocky, full of the knowledge they’d gained at the university and beyond. I wanted them to approach the Holocaust with fresh eyes—and a certain humility. So I began each seminar with a self-graded quiz. The first question was: “Plus or minus 5%, what percentage of Germany’s population was Jewish when Hitler came to power?” Most of their answers ranged from 10% to 20%. The answer was .5% (that’s one half of one percent:  of a population of 60,000,000 Germans, Jews numbered 350,000.)

The second question was: “Hitler came to power in January, 1933. World War II began in September 1939. When was the first concentration camp built?”  Again, the answers ranged from 1936 (post-Olympics) to 1938 (post-Kristalnacht). The answer was: April of 1933 (Dachau).

A third question was:  “Of the six ‘death camps’ (where ‘extermination’ was the major, if not sole, function), how many were on German soil?” Most of them got this one right:  zero. (NOTE: many of the students who got this wrong had been to Dachau—as I had when I was kid living in Germany—and had seen the gas chamber there. But it was never in full operation, nor was Dachau’s primary purpose industrial murder.)

The fourth was: “In a speech in 1939, when he extols the virtues of brutality and says his troops have orders kill ‘mercilessly and without compassion’ all Poles that stand in the way of Lebensraum (living space), he explains that history will ignore the process and focus on the end result. He then refers to a previous genocide as his proof. ‘Who, after all, speaks of the annihilation of the _________?'”  The answer: The Armenians.

You get the idea. There were four other similar questions, for a total of seven. In my seven years of teaching the Holocaust, no student ever got even six correct.

Why this stroll down Memory Lane? Because the Holocaust has lessons for us today, lessons we can’t afford to ignore. The Holocaust didn’t just happen—like a disease, it developed and spread. And there were numerous points along the way where, like a disease, that spread could have been halted. Hitler’s jailing for trying to overthrow the government in 1923; his recruiting of Brown Shirts as an auxiliary police force in the 1920s; the elections of 1932, when he garnered only 33% of the vote but was made Chancellor anyway. The opening of Dachau only three months after his ascent to power. Kristallnacht. The annexations and invasions leading up to World War II. And each of the above was not met with action but with the moving and re-drawing of the line that Hitler had just callously stepped across.

The name of my course was:  The Holocaust:  Industrial Murder, Institutional Complicity. It examined the Holocaust not from the years 1939-1945 but from 1923, with Hitler’s imprisonment for an attempted coup (Hello, January 6, 2021) and his subsequent writing of Mein Kampf. As Maya Angelou put it:  “When someone shows you who they are, believe them the first time.” And it showed how democracy degraded in post-war Germany, to the point that a man like Hitler could be an attractive candidate.

I’ve written in the past about the dangers of equating the Holocaust with other events. At the same time, I developed the course from a perspective that other Holocaust courses hadn’t:  the ‘Institutional Complicity’ mentioned in the title. Once Hitler came to power in 1933, he systematically enlisted and coerced every major German institution—from education to medicine to media—in support of his autocratic regime and murderous intentions.

The America of 2021 has more in common with Germany in the 30s than we’d like to admit. And from the moment that Trump came down his escalator to declare his candidacy based on hate and grievance, we’ve had multiple places where we could have either stopped or checked him. But the public became innured to his outrages (you start with a ‘Muslim ban’ and it’s an easy step to children in cages) and his party operated from the same fear and toadyism as Hitler’s opposition and supporters.

Democracy is under direct attack—from within our own government, no less—and many institutions are being corrupted in support of this attack. In coming social media posts and blogs, I’ll be examining warning signs and parallels between our time and the Holocaust, with the goal being for all of us to be better informed, not just about the Holocaust but the warning signs of genocides and dictatorships on the horizon. Stay tuned.