What Defines a Cult? 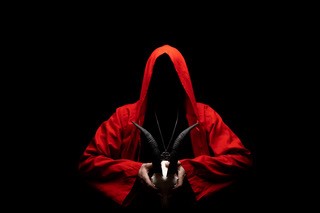 Try this exercise:  A new religion has come to your town. The rules governing its leaders include:

Would you be worried about that religion integrating itself into your community? Would you be concerned if your kids wanted to be a part of it? How surprised would you be if a number of this cult’s leaders—maybe even a large number—turned out to be social deviants, perhaps even sexual criminals?

Now step back a moment. All of the above rules apply to the Catholic Church. And yet, either because it’s been part of our lives and society forever or because the Church has lived above the law for so long that it seems like we just shrug (either with indifference or helplessness) with each new outrage about their priests and pedophilia.

In previous blogs I’ve discussed my experiences with early-stage Catholic seminarians. But even then you could tell who was in it for the service and who was there because they didn’t want to (or felt they couldn’t) be a regular participant in normal society. Years later, when I checked back in with the group, it was no surprise the fate of each group. The True Believers, the service-oriented ones, were either in parish placements or had left the priesthood. And guess who was in charge, holding down all the key administrative positions? The refugees.

It’s tough to say what it will take for us as a society to take a fresh look at what’s going on in the Church and say, enough of this shit. It’s like when Trump was running for president. Starting with him coming down the escalator and calling Mexicans ‘rapists’ to him on tape talking about grabbing women in the crotch, each time you thought: ‘That’s it—he’s toast.’ And each time we found that America was more tolerant or uncaring than previously thought. That’s how it is with the Church and the continued string of outrages.

It’s clear that, left on its own, the Catholic Church isn’t going to reform itself. Like any institution, it is guided primarily by self-interest and self-preservation. It is up to us, either as individuals or society, to take action. Our responses need to be direct, immediate and strong. And they need to take place on three levels: