Trump’s Psychopathy, Snakes and Us 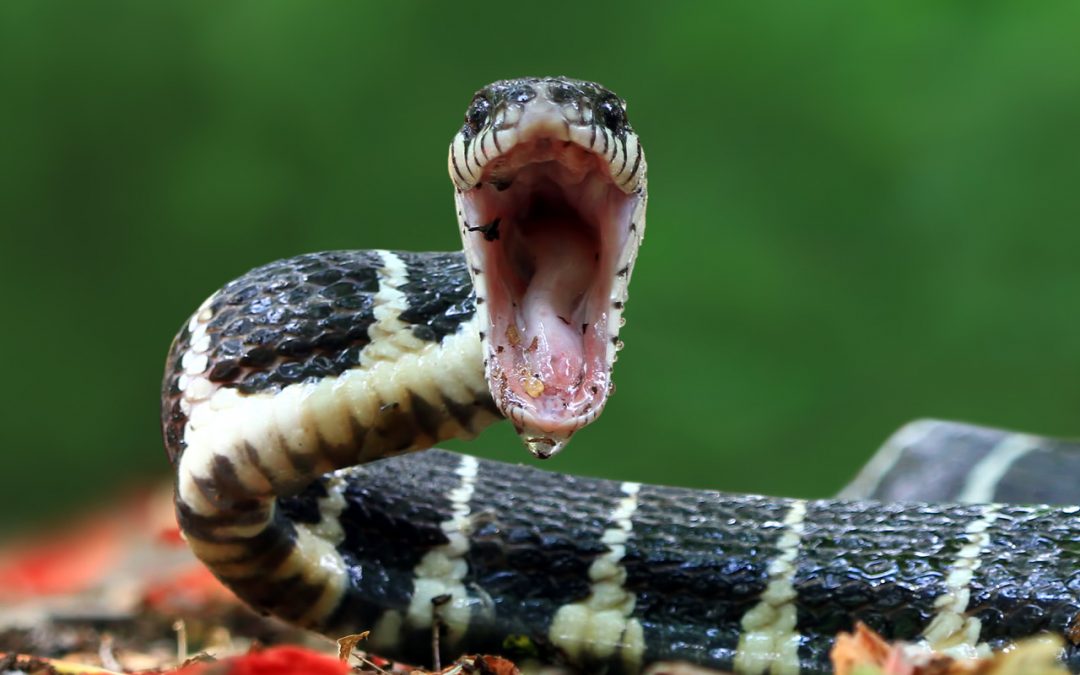 Psychopath. Sociopath. Narcissist. All of these terms have been loosely applied to Hitler ever since he burst on the world stage. And in the past six years they’ve been applied to candidate and president Trump. In the case of Trump, literally hundreds of trained psychologists and psychiatrists have weighed in—despite their professional association’s warnings—with their own diagnoses of what kind of person our recent president was. And is.

Originally the diagnoses revolved around ‘narcissism’:  having an inflated sense of their own importance, a deep need for excessive attention and admiration, troubled relationships, and a lack of empathy for others. Hitler? Check. Trump? Check and mate.

But after four years of Trump’s policies, actions and attitudes, most of those definitions have shifted from Narcissist to Psychopath and Sociopath. None of these three is something you want on your tombstone, but the first two can be limited to damaging yourself. Sociopathy, however, has a direct impact on others. (meaning all of us not named Trump). A sociopath consistently shows no regard for right and wrong and ignores the rights and feelings of others. People with sociopathy tend to antagonize, manipulate or treat others harshly or with callous indifference. They show no guilt or remorse for their behavior. Sound familiar?

One last note on the above psychiatric categories. Over the course of his campaigns and presidency, Trump was fond of telling the parable of The Snake. A woman (in his telling, that woman is the United States) finds a damaged snake (“Illegals”) on the road and brings it home. After providing for it (government assistance) and nursing it back to health, the US is stunned when the snake turns around and bites it. As the woman dies, she asks the snake why he killed her. And he says:  you silly woman. You knew I was a snake when you took me in.”

It’s a great parable:  you are who you are and people should expect you to change at their own peril, not yours. Except Trump misses the irony of his own story:  for the vast majority of Americans, the snake is Trump. And we are the old woman who gets bitten and dies.

Why this little stroll down Psychiatry Lane? After all, I’m neither a psychiatrist or psychologist. But I am an historian, and my concern is that, while we can condemn Germany for its embrace of Hitler and its own culpability in genocide, we better be willing to shine the flashlight of judgment on ourselves at the same time.

But there are two key distinctions between the Germany that gave rise to Hitler and the America that gave rise to Trump. The first is that Germany had no clinical model or historical lesson—no megalomaniac dictator that corrupted one of the most advanced civilizations the world had ever seen. Hitler had dictatorial predecessors, to be sure, but nothing on the scale of what he achieved.

The second item is that once Hitler gained power in 1933, he shut down or corrupted any institution that ran counter to his ideas and practices. He initiated a true dictatorship, with no room or role for truth. The first concentration camp, Dachau, opened less than two months—TWO MONTHS—after he gained power. That’s where people who challenged him went.

So flash forward 90 years. We Americans have no excuse on either front. As Trump tries to undo the law, reverse a legal election, and, in essence, impose martial law on the US, we can look back to Hitler and Germany, identify and then counter any parallels. (My next blog will focus on these parallels:  Spoiler alert—there are a lot of them.)

Secondly, we can’t argue, as the regular German did after the war (and the discovery of the camps) that ‘Wir hatten keine Idee.’ (We had no idea.) We have a free press, we have a semi-functioning democracy, we have two active political parties. Government hasn’t secured control over the media and all educational institutions. In short, unlike the Germans of 1945 and beyond, we have no excuse. We know what Trump and his followers are up to, and if we don’t move to stop—and in some cases jail—them, we are all complicit in our own destruction.