The Hourglass vs. The Rectangles 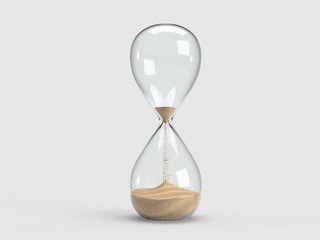 When it comes to comparing religions, both historically and currently, I’m in the relatively unique position of having spent time in or around both Protestant and Catholic seminaries. And as a result—and as part of writing The Empty Confessional, which will be out later this month—I developed a visual that explains the differences between the two traditions when it comes to their ministers. It also explains, in part, why Catholic priests have so many more issues—sexually and otherwise—than their Protestant contemporaries.

The visual has two components. The first shows my interpretation of the Catholic sense of ministry. It’s an hourglass, the top of which is God and the Church. The sand in this case is all the teachings, rulings and unspoken rules from the past 2000 years. The bottom half of the hourglass is the Catholic Faithful, one billion strong.

Now focus on the narrow passage between the two: that’s the Catholic priest. His job is to be the go-between, to interpret and translate the top to the bottom and to represent the beliefs and needs of the bottom to the top. It’s a helluva balancing act and, taken seriously, puts enormous pressure on the priest.

Here’s the Protestant visual. Picture two long blue rectangles, one atop the other. The top rectangle is God, the lower one is the Faithful. Now draw a stick figure beneath the bottom rectangle, their hands reaching up and touching the lower rectangle. This is the Protestant minister. Notice they’re not in the middle, but under the Faithful. Their job is not to interpret

God to his congregation but to push the Faithful closer to God so they can develop their own one-on-one relationship with him.

To drive home the differences even further, look at the last year of preparation for both traditions. The Catholic seminarians (in this case, Jesuits) were focused primarily on The Spiritual Exercises of Ignatius, a month-long retreat in which they prepare for their role as interpreters and translators of God’s will. My Protestant associates, on the other hand, were taking courses in Marriage and Family Counseling, how to start and run a youth center, and how to conduct Bible-study classes. You figure out which of the two disciplines were under the most pressure and which might be prone to aberrant behavior as an outlet. (Hint:  it’s not the Protestants.)

The above isn’t intended to castigate the Catholic tradition, but to highlight the differences. And those differences can be in part attributed to when and where these two religions got their start. The Catholic Church started two thousand years ago when the emperor was considered a God and the masses couldn’t read or write. Socially and religiously, they were told what to think and how to act. There was no independence of thought or action.

Now fast-forward fifteen hundred years. The printing press is making knowledge available to more than the privileged, the Renaissance is in full bloom, and people are starting to think for themselves. Martin Luther recognized and took advantage of all of these as he created his new approach to Christianity. The Catholic Church was faced with a decision:  modernize and compete with Luther on his terms or stay the course. They chose the latter and pretty much maintain that model to this day.

If you’re looking for a secular counterpart to the above, look at the Supreme Court. There are the Originalists (Scalia the foremost practitioner) who believe that decisions should be based on the intent and beliefs of the Constitution’s authors. That is the model that the Catholic Church has adopted in terms of modernization (women priests, etc.) The opposite of Originalism has different names (Pragmatists, Contextualists), but it comes down on the side of interpreting the Constitution within the context of current-day issues, not those from the 18th century. Those are the Protestants.

According to recent polls, neither side is doing that well in terms of attracting new members. The number of ‘unaffiliated’ or ‘non-believers’ continues to grow, while the numbers of the Catholic and core Protestant faithful are shrinking. It’s clear that both of them need to become more relevant to survive, but to date, only one has shown the capacity to do so.