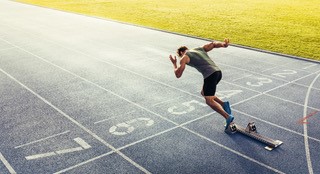 Having written and published three novels, as well as one business book, I’m getting the hang of this writing thing. It doesn’t mean I’m any good at it, but I’ve got scars and lessons that I’m applying to the fourth novel and that I believe can be of interest and benefit to anyone embarking on their own fiction-writing venture.

Background on this fourth novel (currently titled “The Forever Game”). My first three novels were all on grim themes (Sexual violence and prisons in Left for Alive; the Holocaust in The Devil’s Breath; pedophilia in The Empty Confessional) but were my own reaction to the mandate that writers should ‘write what they know.’ I’ve explained my second-hand experience in all three areas in previous blogs, so won’t go into them again here.

Once I started writing fiction, I was urged by friends and colleagues alike to write about the world I came from:  Silicon Valley and the startups and Venture Capitalists (VC) who are its engine. I wasn’t as interested in those components and settings as others were, so I’d just nod and say, ‘Maybe the next one.’

Well, now we’re at the ‘next one’. It started with an old and good friend, one of the top VCs in the world for the past decade, saying that we should write a book together. He’d come up with the technology and inside stories about his world—I’d come up with the characters and plot. The result:  instant best-seller. Easy, huh?

Until we started working together. He’d given it a lot of thought and came up with what he thought was a surefire technology. It was based on a startup that he had just invested in, one that he thought could give Google a run for the money in a year or two. It all had to do with their algorithms and the way they…

You get the idea. An idea that was unique enough to grab his attention was going to be too dense and complicated for a work of general fiction. We kicked some ideas around for a while, then gave up for the day and got caught up with the rest of our lives.

It turns out that he’d just gotten back from some time on a yacht off the Croatian coast, where he and a group of like-minded rich guys had gotten together to discuss a shared passion: living past the age of 120 healthily. And here was the kicker:  they were willing to use themselves as guinea pigs in this pursuit. It was called ‘bio-hacking’ and I’d never heard of it. He told me a bit about it:  vitamins (sometimes in the hundreds per day); sleeping on electro-magnetic beds; blood experiments; cochlear implants. And that was just in our first hour of talking.

What was immediately clear to me was that we had the technology at the core of our novel. I mean, who isn’t interested in living forever? Or at least learning about all the different approaches to try to do so?

That was the start of  The Forever Game. Over the next round of blogs I’ll go into the different steps involved in getting the novel off the ground and the things I’ve learned in the process.