The Devil’s Breath: Screenplay VS Novel 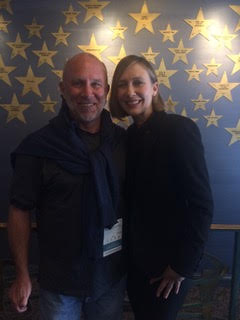 The nice thing about shifting from writing a screenplay to writing a novel is the freedom that comes with it in terms of what you have to say/tell. You’re no longer struggling to keep it under 120 pages, the guideline offered to most new screenwriters (“Unless you’re Aaron Sorkin, most agents or production house readers will turn to the back page first. If the number is higher than 120, they probably won’t even open it.”) You can take as long as you want to tell your story, as long as it continues to engage the reader.

On length:  I’m a huge Steinbeck fan, reading all his letters as well as novels. And in the letters to his editors you can see that he early on (usually before he writes a word) if this is going to be a ‘big book’ (like East of Eden) or a small one, (Cannery Row). I had no such premonition: I had 118 pages of a script and a lot more story to tell. (It wound up being just short of 300 pages when printed, but I had no goal regarding length.)

The other freeing element in novel writing is the ability to delve more deeply into the lives of your characters, thus giving more depth and context to them and their actions. In the case of The Devil’s Breath (DB hereafter), that enabled me to go back to the Warsaw Ghetto (which would have been cost-prohibitive in a film) and tell how the Divkos met, their roles in the resistance, the reason the Kapo at Auschwitz helped them their first day there. With the major characters, I was able to go into their pasts and talk about the events and attitudes that brought them to Auschwitz (Höss and Fritzsch as a torture team; Gisela Brandt as a shameless opportunity; and Helmut Graf, wrong place, wrong time.)

In the early days of DB as a script, some readers thought it would be better served as a Netflix or HBO mini-series. We could complicate the murder mystery, spend more time on Warsaw flashbacks and back stories, more on the conditions at Auschwitz and the struggles of daily life. I kept that advice in mind as I expanded the contents.

As for voice (another decision already made for you in scriptwriting), in writing a novel you have to choose which voice you’re going to write in. In my case, the decision is always whether to go with third-person limited (in which the story is told exclusively through action and dialogue—no journeys into the minds of your characters) or third-person omniscient, where you can take the reader into the minds of both your characters and—with the right usage—yourself as narrator. I wrote my first novel, Left for Alive, from the first voice (3rd-limited) because I wanted the sparse story to be told only through events and dialogue, to let the reader have the same thoughts and reactions as the characters. In DB I went with 3rd-omnisicent) because I wanted the readers to see the Divkos not just through the action but the internal thoughts that each one had about the other.

These days I’m in the editing process for my third novel, The Confessional. It’s about a troubled priest trying to stay loyal to a belief system that not only has many practices he wants to change (women priests, priests can marry) but is actively protecting pedophilic priests within its ranks. I opted to go with 3rd-person limited again, but I made up for the inability to be inside the priest’s head by having small interludes where he is a confessional talking about what he’s found and how he’s reacting. So it feels like I’ve got the best of both worlds.

Despite the liberation that comes from writing a novel (vs. the strict rules applied to scripts), the one element of the script process that I miss is how, when my readers were done with the script, they always had suggestions for which actors should play which parts. Many people had Christoph Waltz for Höss. I always had Vera Farmiga in mind for Perla, though others had Mary Louise Parker. And they were all over the place with suggestions for Divko. I had in mind a haggard Timothy Olyphant, but no one else saw it but me. So I guess that one’s still up for discussion.