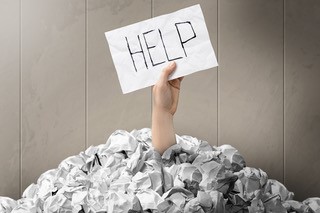 In my previous novels, I’ve stuck pretty much to the maxim:  write what you know. Readers who don’t know me might raise their eyes at this statement, since my three novels have been about sexual violence and prison life; genocide; and pedophilia.

In my defense, I was neither a participant or victim in any of these three areas, so it’s not like I’ve lived this life of perpetual catastrophe. My wife was the head of a rape crisis center when we met and I wound up volunteering for her organization, working with male victims of rape and spouses of rape victims. On the genocide front, I was a university lecturer of Holocaust and Genocide Studies. And on the pedophilia front, I’ve spent time in and around Catholic and Protestant seminaries.

But with the novel I’m writing now, I’m over my head, which would be a surprise to both readers and friends, since it’s set in the startup//VC world of Silicon Valley, a world I’m intimately familiar with, having helped launch over 50 startups. Nonetheless, I’m over my head in three critical areas. Here they are:

A woman in a man’s world: I’m going to come clean here:  I’m not a woman. And yet I’m writing a novel where the main characters, including the protagonist, are women. There are some men who can write from a woman’s perspective and do so convincingly. Starting out, at least, I’m not of those writers. So I’ve got a small group of women friends who have volunteered to be my ‘woman whisperers’ for the book. I’m not asking them to help me with major plot or character issues, just to tell me when something I write, describe or put in my characters’ mouths don’t ring true. I also don’t know what it’s like to be a scientist—computer or otherwise—in an industry (science) or place (Silicon Valley) where men outnumber you as much as ten to one. So I’ve asked my woman whisperers to introduce me to folks in that arena. Finally, I wanted one of my main characters to a woman VC (Venture Capitalist). Luckily one of the top-rated female VCs in the world is an acquaintance who likes the idea of the book and has volunteered to help in any way.

Science:  I managed to make it through high school, college and grad school without ever taking a biology or chemistry class. And yet the new novel is about a major scientific breakthrough. So, sounding like a therapist now, I’ll tell you that the key to getting help is to ask for help. Turns out that some folks in my poker game know a bit about the science field I’m writing about. But the breakthrough came when the female VC I referenced above told me that her best friend held multiple degrees in that field and ran labs in places like MIT on the subject. She made the intro, I explained the project, and the woman—who is a helluva lot busier these days than I—has been incredibly helpful.

Poker:  I’m not a bad poker player. I’ve won some small-ass tournaments over the years and can hold my own online. But when it comes to high-end cash games and being the only woman in a game where the buy-in is $50k, I’m again out of my depth. Two of my poker pals were part of the MIT card-counting crew that won hundreds of thousands of dollars back in the 80s, but they weren’t much help in this case. So I sent an email to Annie Duke, the most famous woman poker player (still #4 in all-time winnings, even though she hasn’t played competitively in a decade) and asked if: a) she would be interested in being a character in the novel; and b) she could walk me through how she would advise Petra, my protagonist, to compete in that high-end game I referenced above. She not only agreed, she spent 45 minutes on the phone with me walking me through the different scenarios and poker players that might populate my game.

So that’s my team. Loose count: eight people. A nice side benefit to recruiting this team:  if the novel bombs, that’s eight people that I can blame for the failure. But the bottom line that I found is how willing people are to help. You just have to ask.