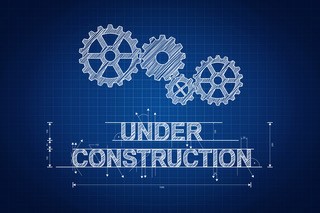 I’m almost at the point where I’m about to start writing. This time around I’ve taken a much more measured, deliberate approach to laying out the book, characters, plot, sub-plots before, in the old adage, ‘putting pen to paper.’

I’m no expert on how to write—I’ve read enough interviews with writers to know there’s no one best way: it’s whatever works best for you. But, now that I’ve got three novels under my belt, all of them starting from different points, I can at least discuss what worked and what didn’t for me.

Left for Alive:  I can’t remember the starting point for this one. I was living in the Santa Cruz mountains and thought it would be a good setting for a book. My wife, Pam, was the head of the Bay Area Rape Crisis center, so I was aware of the different forms and consequences of sexual violence. But this was one where I just started writing, let the characters and plot develop, then went back (a number of times) and rewrote based on what had developed. The one constant from Draft 1 to published book was that it would be about two brothers and a gang of ex-cons. Even though it had been years since I taught Steinbeck, I know there was a bit of Cannery Row and Of Mice and Men rattling around in my head. But because this was my first novel and I hadn’t outlined anything, this one was the longest one to write.

The Devil’s Breath:  Unlike Left for Alive, I can remember exactly where I was and what I was doing when the idea came to me. I was clearing brush on our property, when the idea of the opening scene came to me vividly. (It was the river of gold smelted from the teeth of gas chamber victims of Auschwitz.) That led to thinking about how all the movies (this started as a script and became a novel later) about the Holocaust have the camps and the death process as their foundation. What if I did something like write a thriller or crime piece but have it all happen in Auschwitz, with the Holocaust the background rather than the major event?

Right on top of that opening scene came the final scene, the death of one protagonist in the gas chamber and the escape of the other. Those two items, the book ends of the piece, never changed. It was far easier and quicker to write this one because I knew where it was set and where it was going.

The Empty Confessional:  This one had two parents. Back in my early 20s I had written a novel about a young fucked-up seminarian. It got the attention of the Neiman Foundation and I was able to finish it with some coaching from Ann Beattie. But I wasn’t that strong a writer and the book never found a publisher. So I put it away.

Back in 2003, I wrote an article for Newsweek about the pedophilia scandal in the Catholic clergy and why I thought that group, with who it attracted, how it trained them, how they lived, was the logical group that would turn to pedophilia as an outlet. It attracted some attention at the time (as well as hate mail), but then everything quieted down.

Looking for ideas for my next book, I dusted off the Neiman Foundation novel and read it. Style-wise, it was embarrassing, but the bones were there—especially the fucked-up seminarian. Then I thought, what if that character were now a newly-ordained priest? And, pulling from the Newsweek piece, what if, on top of his attraction to his writing teacher (which already messes with his mind) he becomes aware of (and recruited for) pedophilic priests within his diocese? And the kernel for the third novel was born.

So those are the three different approaches. What I learned from them in preparation for the fourth novel was that either of two approaches would work for me: 1) I could either write and find out more about my characters and plot lines as I went along (which always brings some nice surprises); or 2) I could develop an outline, with detailed plotlines and characters, before I sat down to write. Given the scope of this novel, I went with the outline approach, which will be the topic of the next blog.