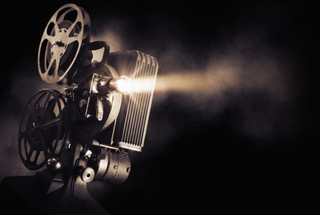 If there’s one sentence or guideline that has impacted me the most as an author, it’s the title of this blog:  “Show, don’t tell.” As simple as the dictate is, it’s almost impossible for new authors to practice.

The reason is this:  we don’t trust ourselves yet and we don’t trust our readers. So, in most narrative situations we default to some form of internal or external explanation or rationale for what’s happening on the page. Our goal is that our readers completely understand what we’re shooting for in terms of an underlying message. And to ensure that this happens, we take them by the hand and explain the underlying emotions and motivations. And the reader is robbed of the experience of making those determinations themselves.

Which is why I chose to write my first novel, Left for Alive, in the third person limited voice. While I was sure about my characters and their motivations, I challenged myself to get these across in a manner that never went beyond setting, dialogue and action. No internal dialogues, no first or second thoughts. What you saw was what you got, and it was up to you to make sense of it.

In my second and third novels, The Devil’s Breath (just released) and The Confessional (out in May 2022), I chose to open the narrative aperture a bit, but not by much. I did take the reader inside motivations and emotions, but sparingly. I still relied primarily on the third person limited voice.

I admire the hell out of authors like John Fowles, who can take you inside the minds and attitudes of their characters. The Collector, by Fowles is the best example of ‘point of view’ of any novel I’ve ever read. Fowles takes a kidnapping and imprisonment and depicts it from the perspective first, of the kidnapper. A certain affinity is formed, as we look at the events through this set of eyes: we can see how the kidnapper had no chance to express his love except through captivity. We may not be rooting for him, but we’re certainly suspect. Then, in the second half we see the same events through the eyes of the kidnapped woman. And everything changes—sympathy is replaced by horror.

Same events but told in third person omniscient by one of the masters of the internal dialogue.

What’s my advice to first-time authors? It comes down to two things. The first is: try writing from third person limited to begin. If that’s not your cup of tea—it feels artificial or limiting—then move off it and go to third person omniscient. And here’s the second thing:  if you go that route, stop at the end of each page and re-read with one goal in mind:  is there anything there that could be better told through dialogue and action (show) than internal dialogue or author perspective (tell). The result, hopefully, will be the best of both worlds.