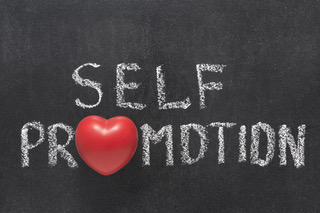 My second novel, The Devil’s Breath, was published August 30. Since then I’ve split my time between working on my third novel, The Confessional (another happy Tom Hogan novel), this one about pedophilia within the Catholic church, and promoting the book.

Here’s the number one thing to know about promoting your book, whether self-published (as with The Devil’s Breath) or traditionally published (as with The Ultimate Startup Guide):  you’re on your own. Whether that means you get assistance in your efforts or try to do it all yourself, it’s going to take a helluva lot of time. And even then, success isn’t guaranteed.

If most first-time authors are honest with themselves, they put their book out there and hope that a groundswell of word-of-mouth reviews (and a ton of book clubs) pick it up and turn it into a runaway hit.

Nope. But that’s one end of the promotional spectrum.

On the other end are the tyros, those people who have a plan and stick to it, regardless of their initial results. These folks hit up independent book sellers, trying to get placement. They arrange for book signings, travel to the store that is willing to sponsor them, set up their easels and desks, and hope that folks show. (NOTE:  Carol and I were asked by our PR firm if we wanted to do book signings. We said no, because all we could anticipate is us sitting there, like the unpopular kids at the dance, behind a pile of books, with no line or audience in front of us.)

These guys get up each morning and do eight things related to promoting their book before they have breakfast. They maintain and enhance their social media profiles and presence; they reach out to book clubs that they find online; they try to get reviews, both for Amazon and from traditional media outlets.

When you determine which promotional route to go, two factors should be considered:  one is motivation (why did you write the book, anyway?), the other economic (how much should I spend in light of the first question, and should it be in time or money?) If your motivation is to have a book that you can distribute to friends and families at Xmas, take the cheapest and fastest route to market. If, however, you’re hoping that your book gets some traction and makes your next book—or your life as an author—easier, then you’ll have some investing to do.

I started this blog with the hopes that it might help other writers make decisions about their own writing and publishing efforts. The best way to do that, in my opinion, is to be open and tell you what I’ve spent so far. In later blogs, we’ll be able to determine if the money was well-spent or not.

The first thing I did was weigh the different self-publishing options. Some of them are turnkey, such as I’d done with Archway for my first novel. They’re expensive and are more a jack of all trades, rather than specialists in the areas you need. The one I wound up going with is KDP, Kindle Direct Publishing, an arm of Amazon. Next, I asked around and found a perfect ‘quarterback’ for my efforts—someone who knew KDP inside and out, who could do the minutiae that I had neither the expertise or interest in. Things like working with the Library of Congress to assure your book is legit.

For PR, I went with a firm that had handled The Ultimate Startup Guide. Though they weren’t as strong in fiction as non-fiction, they had a special affinity for Jewish groups, who they thought would be a good audience for it. Cost:  $3k/month for 4 months. (So the question at the end of this series of blogs will be, did I get the right ROI (Return on Investment) for my $12K investment?)

Same with social media. I’ve got a core group that handles my website, newsletter and blogs, but who isn’t that versed in Twitter and Instagram. I found a firm that specialized in it. Again, $3K/month for 4 months. And same ROI question.

That’s it. As everyone reminds me since the August 30 publication, it’s early days, that things will start kicking in after a few more weeks. We’ll see.