My own January 6 poll 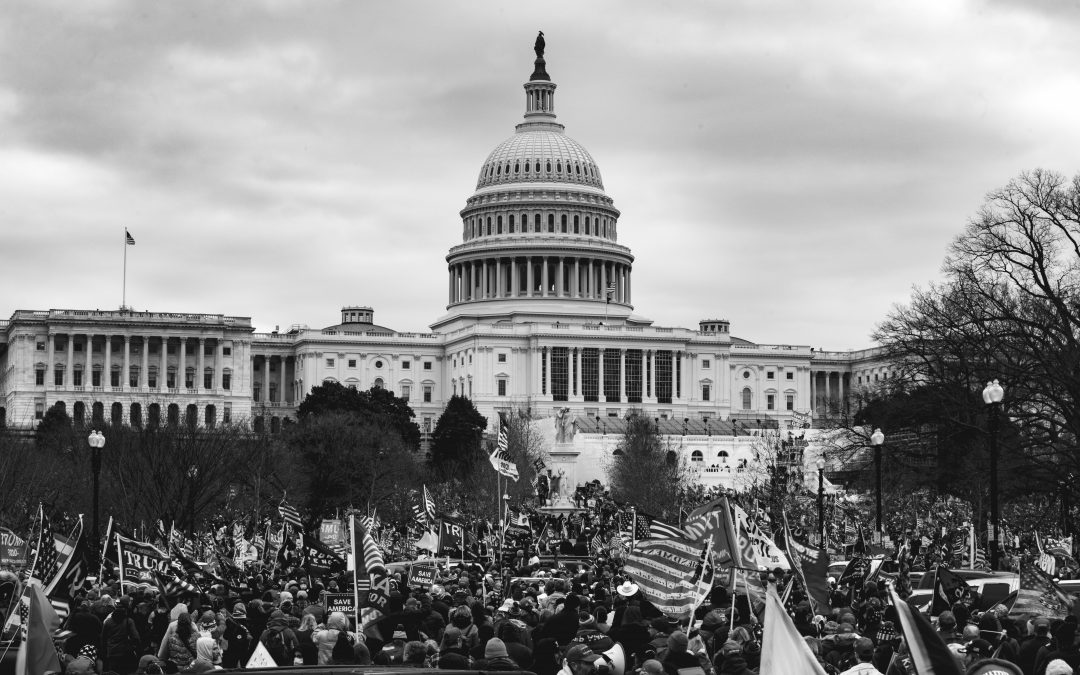 Like many of you, I’ve watched the events of this past year with a certain sense of alarm and helplessness as we slide towards (you pick the term: ‘autocracy’, ‘authoritarian rule’ or ’totalitarianism’. I’ve watched the poll numbers tell us that up to 80% of Republicans believe that Trump is the legitimate president, meaning that they see themselves as living in an occupied country. 34% of Americans surveyed say that violence against our government is justified. All alarming, but what I wanted to know was: How many of these patriots are willing to actually take up arms to reinstate Donald Trump as President? I watched for this number, but all the polls focused on attitudes, not actions. The Lincoln Project, which I’ve supported since its birth, put me in touch with David Hill, a well-known Republican pollster, and I commissioned a poll to measure just how autocratic we are today and expect/want to be in the future. The news that came back was even more alarming than I suspected.

David also recommended an accompanying op-ed that he could attach to the poll as he approaches the NY Times and Washington Post. Here it is. I hope you enjoy it and that the numbers it talks about scare you as much as they do me.

As a former professor of Holocaust Studies, I’ve watched America’s slide towards autocracy with a feeling of both alarm and familiarity. We’ve seen this movie before and we know how it ends. Badly.

Ever since the January 6 insurrection, the numbers tell us that we’re just steps away from an autocracy developed by a minority party that’s out of power to restore themselves and their leader. Up to 80% of Republicans believe that Trump is the legitimate president, meaning that they see themselves as living in an occupied country. 34% of Americans surveyed say that violence against our government is justified.

But there is one number missing in this equation. How many of these patriots are willing to actually take up arms to reinstate Donald Trump as President? I watched for this number, but all the polls focused on attitudes, not actions. So I contacted David Hill, a well-known pollster, and commissioned a poll to measure just how autocratic we are today and expect/want to be in the future. The news that came back was even more alarming than I suspected.

Our poll validated the distrust and autocratic tendencies that recent polls have reported. But our poll went further, and we found that 2.3% of all registered voters stated they were willing to take up arms to restore Trump to power. That translates into a potential militia of 3,600,000. That’s a number that should get all of our attention, especially as organized as they’ve shown themselves to be in the past.

In conducting my Holocaust and Genocide seminars, I taught my students that genocide is like cancer: you have to recognize it in its earliest forms and treat it aggressively. Because once the camps are built, the trains are running, and the gas chambers are working overtime, it’s too late. You’re at advanced Stage 4 and planning your funeral.

Current historians have struggled to determine parallels to today’s divided and contentious America. Some harken back to 1968—the assassinations, VietNam, the Chicago convention, the Moral Majority vs. the New Left. Others go back to 1855 and the period leading up to the Civil War.

I believe the more accurate analogy is with Germany in the early 30s. As dramatic as that might sound, consider the striking parallels between the events of the past five years and Germany’s slide into totalitarianism:

ATTACKS ON TRUTH: The Trump movement—from the ex-president to his loyalists to their Republican legislative allies—has adopted the path of Goebbels and his gang, simply refusing to acknowledge the truth that is in front of their eyes and preserved on video. The quote: “If you tell a lie big enough and keep repeating it, people will eventually come to believe it,” could have come just as easily from Trump’s mouth as from Goebbels’. And what other American president could get away with saying: “What you’re seeing and what you’re reading is not what’s happening.”? We’ve now reached the point where the only elections Republicans will now accept are the ones they win.

SUPPRESSION: Consolidation and preservation of power is critical to any autocracy. Like Trump, the Nazis never won a majority of the popular vote. But, once in office, they moved quickly and decisively to solidify their power. Hitler assumed power January 30, 1933. Less than a month later, the Reichstag, Germany’s parliamentary house, conveniently went up in flames, enabling Hitler to declare martial law and secure his hold over Germany. Two months later he opened his first concentration camp. The January 6 uprising, by many accounts, was intended to create the confusion and disorder that would enable Trump to declare martial law and nullify the election. And when that attempt failed, we saw a raft of legislation intended to suppress voting and to put Trumpists—not impartial election officials—in charge of vote counting and certification for all upcoming elections.

DEMONIZATION: Every autocrat needs an enemy, someone to demonize and hold up to their audience as the source of their problems. For Hitler it was the Jews, even though they constituted less than 1% of Germany’s population. The Trump playbook began with Mexicans and Moslems, but over time expanded to include the press and the ‘Deep State’. Now the Trumpists have expanded the list to include teachers, school-board members and any Republican who dares to vote anything except the straight Trump line.

INTIMIDATION: With the help of the Brown Shirts and the Gestapo, Hitler perfected the art of terrorizing an entire country. While we’re not at the Gestapo level yet, that 3.65 million is our own homegrown Brown Shirts, who have made death threats and public rants standard civic tools. And while their intimidation has been verbal to date, we’re just one murder of a school board member or local politician away from seeing the candidate pool go dry, leaving the field to the Trumpists and their counterparts.

EDUCATION: From kindergartens to universities, the Nazis sought to control both the content taught and the purveyors of that content. These campaigns included the infamous book burnings in cities around the country. Whether it’s teaching slavery, reading thought-provoking books, or demanding a ‘an even-handed treatment of the Holocaust,’ Trumpists are bent on not only controlling the school boards but the curriculum as well. And in another moment of déjà vu, members of the Spotsylvania County School Board recently voted to remove and then burn what they regarded as ‘objectionable’ books.’

The cancer within our democracy is at Stage 3: the penchant for totalitarianism has already metastasized. Whether it is Trump fatigue or the depression at being repeatedly outlegislated, the current government, the Democrat party, and the majority of our populace don’t evidence any coordinated action plan or the will to stop us from sliding into Stage 4. And we all know how that movie ends.

Tom Hogan is a former professor of Holocaust and Genocide Studies at Santa Clara University and UC Santa Cruz.