How to Create Your Own Genocide 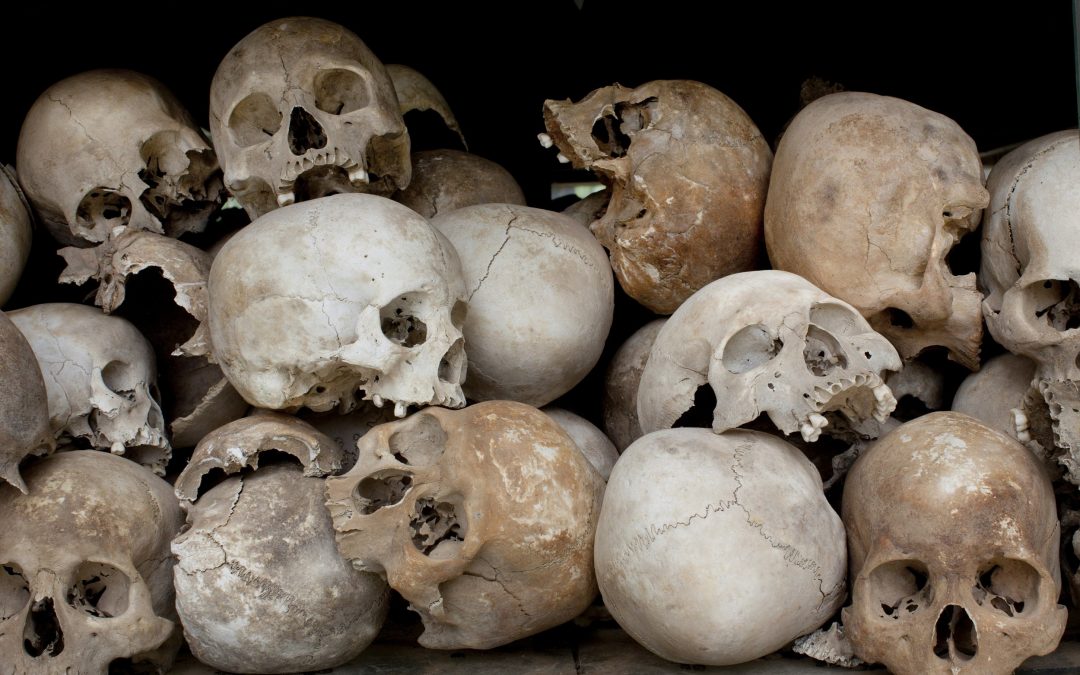 Genocide is like a disease: you need to recognize it in its earliest forms. When the trains are running and the gas chambers are in full operation, it’s too late to stop.  In my new novel, The Devil’s Breath, I analyze how a great nation and people became institutional murderers.

Back when I was traveling around California, teaching students about the Holocaust, I also did workshops with teachers in a school district. One of the exercises I did with them—and which I encouraged them to do with their students—was to have them imagine that they were government leaders, with all the power over laws and institutions that this entails, who wanted to rid themselves of a certain people within their midst. By any means possible, including death. In short, to become genocidaires. How would they do it?

The only guidance I gave them was that history teaches us that you can’t just round up and exterminate an entire population. You have to do it systematically, to prepare both your own citizens and your intended victims for what is to come. Once the teachers—and then their students—warmed to the assignment, you’d be surprised how many of the below steps they identified and sought to implement.

(NOTE:  In addition to the below steps, I’m listing ways that the recent administration took us down a path that, left unchecked, could have resulted in a form of genocide. And if you think I’m exaggerating, remember that all of this happened in just four years and in a democracy, whereas Hitler needed twice that time using dictatorial powers.)

Classifiy/Identify:  If there’s an “Us”, you need a “Them”. For the Nazis, it was the Jews, for the Turks it was the Armenians. For Trump, it started with Mexicans and then expanded to Muslims.

Stereotype/Generalize:  Post WW I Jews were the scapegoat for Germany’s loss. They were disloyal, money grubbers, and eventually purveyors of disease, both mental and physical. Trump began his presidency with the famous rant against Mexicans (murderers and rapists), then made up stories about American Muslims dancing on rooftops in celebration of 9/11. Think of the power behind the term “Illegals”.

Discriminate:  Use laws to suppress your target, socially, politically and economically. Stop them from holding certain jobs (gays in the military or teaching). Isolate them as much as possible, so that regular folks can’t identify with them.

Dehumanize:  The key to dehumanization is the media. Germans were taught that Jews were lice. Vermin. We don’t have state-run media here, but we do have ‘hate radio’ and ‘hate TV’, where the vitriol literally drips from the mouths of the commentators. And what used to be a wall between commentary and news has crumpled, both on the right and the left. (I love MSNBC, but I trust PBS for balanced news coverage).

Organize:  This involves both the government and institutions (media, medicine, education, etc.) Once Hitler gained power, he coerced virtually every institution in German society, including religion, to come along with him. Jews were ostracized from virtually every segment of German life. And the world stood by and did nothing. This is also where the first glimpse of actual genocide occurs, as you start planning for camps and militias.

Polarize:  The key here is blame. You’re unhappy, unemployed, unappreciated—but it’s not your fault. It’s due to THEM. This is as true in 2021 in America as it was in Germany during the 20s and 30s. Germany didn’t lose the war, the Jews sabotaged them. Germany wasn’t plunged into depression by bad government; the Jews had all the money. Disenfranchised lower-income whites in this country feel left behind, and Trump gave them someone to blame.

Persecute: It starts with terms and policies like ‘ethnic cleansing’ and builds from there. And for those who buy into the myth of ‘Never again’—a phrase that became popular after the Holocaust, look at Rwanda, Cambodia and the Balkans. And also look at the world’s response, or lack thereof.

Exterminate:  Camps, trains, killing centers. With Hitler, it started not with the Jews but with the mentally and physically handicapped—what he called ‘the useless eaters’ of German society. Only then, and under the cover of war, did he start his program of exterminating the Jews. And before we think it couldn’t happen here, take a look at our history vs. our Native Americans.

Deny:  We’re already good at this (see response to the insurrection of Jan 6 and to Joe Biden’s victory). And this is from both our elected officials and the most powerful media outlet, Fox News.

As I said earlier, the teachers and students did an excellent job of approximating the above steps. And that was years ago. Today they’d only have to watch as governments around the world slide towards autocratic rule, often by employing some of the above steps. And, unless we turn around our trends in the same direction, we could be well on our way to not only a dictatorship but one capable of genocide.