How the Election of 2020 Changed My Mind About the Holocaust 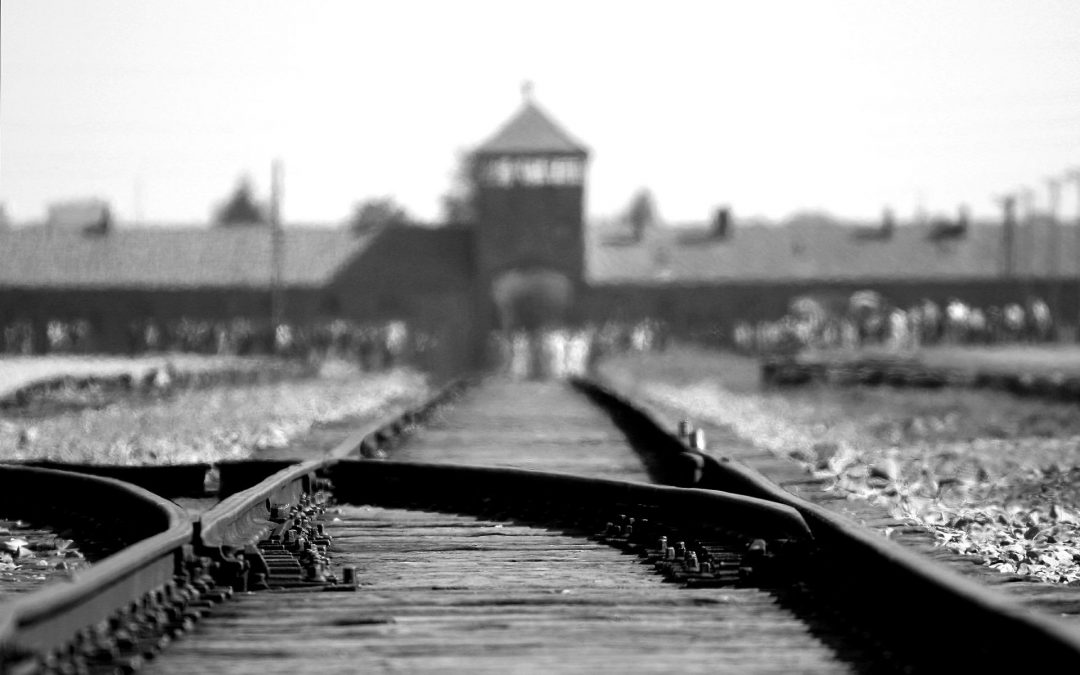 Jews are vermin—a physical threat to our society that needs to be exterminated. (Nazi propaganda drilled into the everyday German during the 30s.)

The U.S. government, media and financial worlds are controlled by a group of Satan-worshipping pedophiles who run a global child sex trafficking operation. (Q-Anon theory believed by 1 in 5 Americans today.)

Eighty years on, the Holocaust still has plenty to teach us:  about how obsessing over past and present losses can poison our futures; about how quickly bizarre theories and delusions can become established political beliefs; and about how suddenly a democracy can morph into an autocracy.

Holocaust scholars generally fall into one of two camps:  Intentionalist or Functionalist. The first group holds that Hitler intended to eliminate the Jews from the start and then followed through on his threats once he had the means to do so. Functionalists, on the other hand, believe that the Holocaust happened incrementally—that Hitler’s campaign against the Jews began as rhetoric. Surprised and emboldened by the world’s lack of response to his denial of rights and establishment of concentration camps, only then did he believe that he could turn his rhetoric into mass murder.

I was a Functionalist before I became a Holocaust scholar. Growing up a US Air Force brat in a post-war German village, I met only ‘good Germans.’ I couldn’t envision any of them as participants—even bystanders—in mass murder. Rather, I saw them as victims of a perfect political storm—a defeated people looking for someone to lead them and someone to blame; the unlikely rise of a demagogue who leverages those grievances to gain power with only 31% of the popular vote; and the quick and violent implementation of martial law and the destruction of democratic norms. Given a second chance, and with the benefit of hindsight, I was convinced they would have soundly rejected Hitler and all he stood for.

Now I’m not so sure. New findings show that the average German knew more about the Holocaust than originally believed. More importantly, the number of Germans required to achieve mass murder of this scale was large, putting the lie the standard “Wir hatten keine Idee (We had no idea) defense.

But the event that turned me from Functionalist to Intentionalist took place not in Germany but in the US:  the election of 2020. Though stunned by Trump’s victory in 2016, the more I read and talked to Trump supporters, the more echoes of pre-Nazi Germany I heard. The same grievances at how much—and how quickly—their country had changed, and how much they had lost. The need for someone to give their grievances voice; the need for someone to blame. Enter Donald Trump.

That was 2016. But just as I believed that my good Germans would have rejected Hitler in a do-over, I was convinced that the 62 million Americans who voted for Trump in 2016, after witnessing four years of Trump and Trumpism in action, would remove him from office.

I was wrong. Bigly. Not only did the 62 million hold firm, they were joined by ten million new converts. Ten million. That number still staggers me. While I could understand the 62 million refusing to admit their mistake, these ten million new Trump voters felt like a direct threat to my country. And to me. With their autocratic and theocratic beliefs and actions, they seem to have more in common with the Taliban than with our Founding Fathers.

Like Hitler’s Brown Shirts, these would-be autocrats have embraced violence as a standard political practice. It starts with death threats and ongoing harassment, driving regular citizens to the sidelines, leaving the field to these bullies. Knowing that they have protection from the legislature and the courts, they now bring their theocratic and autocratic efforts to the local level, beginning with where minds are shaped and laws generated:  school boards and city councils. If these trends towards a dictatorship continue, as in Germany in the 30s, a large number of Americans will either pursue an emigration strategy or consider secession.

If the foundations of democracy continue to erode and we slip into autocracy, historians will have the same Intentionalist/Functionalist debate. Was there a clear blueprint for autocracy that is currently being followed? Or did the speed and openness of these brazen efforts and court decisions paralyze us with first disbelief, then quiet acceptance? Either way, we’ll have some explaining to do.

Was the establishment of an autocracy something planned, starting in 2016 and achieved in less than a decade, or was it the result of a series of seemingly unrelated laws and events that, when combined into a new version of a perfect storm, resulted in the death of the great American experiment? Let’s hope that the debate is an academic one, rather than a post-democracy autopsy.