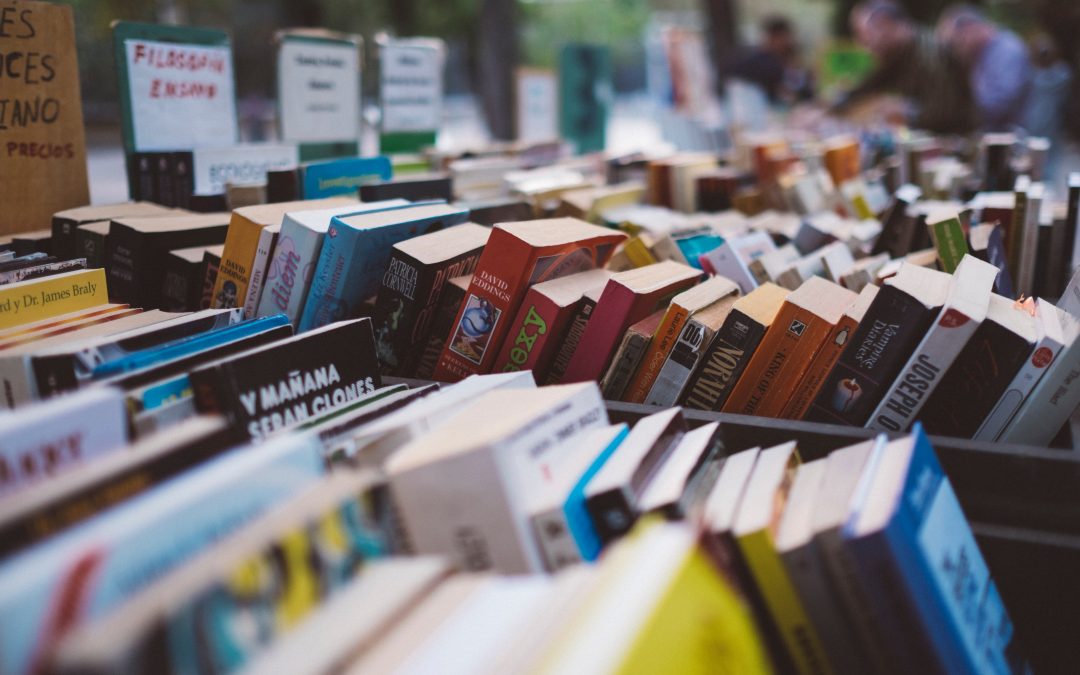 I like to read. A lot. My mom got me going early and it just went from there. In my early reading days I lived in Europe and we did a lot of traveling. True story:  we were going to visit the Vatican so she gave me The Agony and the Ecstasy (600+ pages) to read. I devoured it and loved it. I was 8. And after that she just kept feeding me these books on where we were going and their background and I inhaled them, completely unaware that this wasn’t the normal pursuit of an 8 or 9 year-old.

My reading development took a major step back when I got into sports. Instead of more tomes from my mom, I was reading The Willie Mays Story, followed by The Jim Thorpe Story. You get the idea. I didn’t completely regress to things like The Hardy Boys and Nancy Drew, but I wasn’t stretching either my mind or my vocabulary.

This lax reading continued through elementary school but came to an end in junior high (what is called ‘Middle School’ these days). At that point we all were introduced to the 19th and 20th-century classics:  Huck Finn, Of Mice and Men, etc.  At that point, reading became both fun and challenging, which it still is today.

These days I divide my reading time into 3 buckets: I always have a serious non-fiction book going, coupled with a piece of ‘literary fiction’ and a crime thriller. For example, my Kindle right now is in rotation between Zero Fail (history of the Secret Service); American Dirt (the story of a migrants coming to the US); and The Alice Network, a great novel about women spies in WW I and II.

It’s also interesting to track how tastes and styles develop. Perhaps it’s just as a reader: someone (my wife in this instance) turns you onto a certain book (Dalva by Jim Harrison) and that leads you to everything of that type or from that author. Or a certain theme (racial discrimination) leads you to start with Fredrick Douglass and move on up to Colson Whitehead. For progressives, the presidency of Donald Trump was a heyday for any author who had insights into Trump Nation. Whether it was JD Vance’s Hillbilly Elegy or Arlie Hochschild’s Strangers In Their Own Land, readers like me flocked to these books to try to gain some insight into how we had become a nation so divided, with seemingly no way back to any semblance of unity.

On the theme of developing tastes, one game to play (over a period of years) is to rank your favorite 5 writers. In my earliest days as a writer, my list would have been:  1) John Steinbeck; 2) Nikos Kazantzakis; 3) Joseph Heller; 4) John Fowles; and 5) Flannery O’Connor.  And while I haven’t lost my admiration for any of these writers, my current list would read something like:  1) Elmore Leonard; 2) John Steinbeck; 3) Cormac McCarthy; 4) Dana French; and 5) John Sandford.

Why these lists and why the changes? Over the years I fell out of love with the descriptive style of authors like Kazantzakis and Fowles, mostly because I tried to write like them, with my own unique phrases and descriptions, but it felt forced and artificial. What I found as I continued to write was that mood and description aren’t my strong points, but I’m good at story/narrative and dialogue, so I started migrating towards those writers (Leonard and McCarthy) who I could learn from and yet still develop my own style, rather than copying theirs.

I also have a list of ‘good intentions’—books (and authors) that I know I’ll never get to, though I know I should. Always at the top of the list is Gravity’s Rainbow (really, anything by Pynchon). Proust, of course. Faulkner (I know, I know), Moby Dick, and Don Quixote.

So what are your lists:  when you first started as a serious reader/writer, where you are now, and your own list of ‘good intentions’?