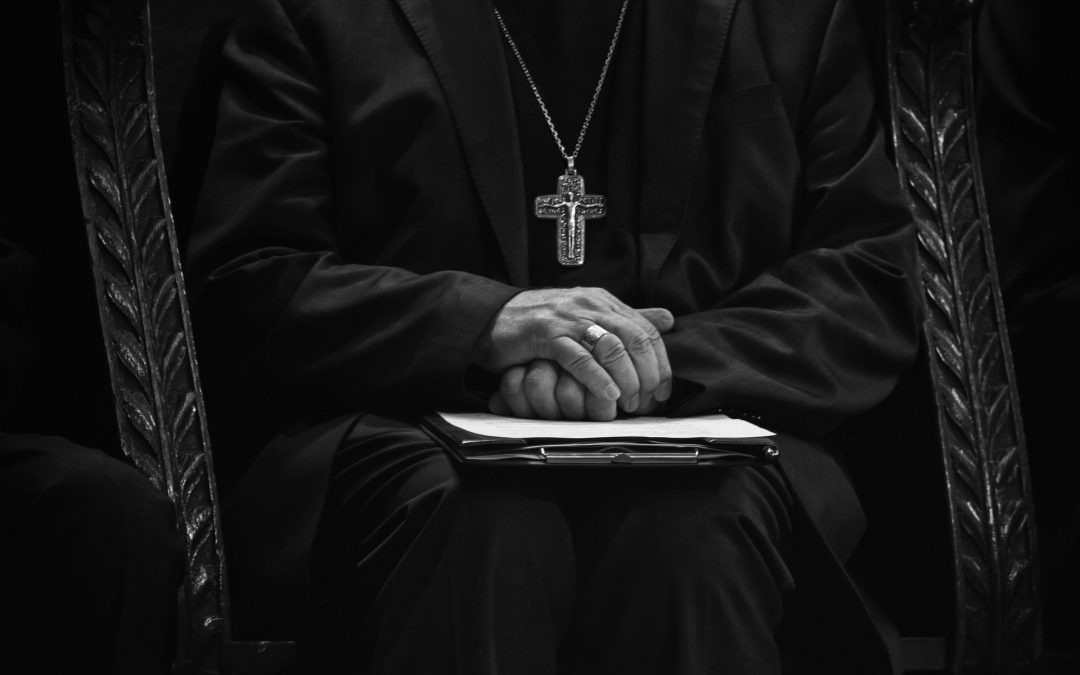 (NOTE:  Having just published a book on the Catholic Church and its pedophile scandal, I’ve been asked what the state of American Catholicism is today. As I considered it, I realized that the question of identity extends beyond religion these days into new regions.)

Growing up Catholic, flirting with the seminary, and ultimately winding up a professor of Religion, I’ve had hundreds of conversations, personal and professional, with Catholics struggling with their relationship with the Church. Some samples:

Though I never used the term to their faces, my own shorthand for these folks were ‘Gumby Catholics.’ Psychologically and socially, they were determined to contort themselves into Twister-like positions to remain, in their own minds—if not the Church’s—Catholics.

After listening to the above concerns, I would offer what I thought was a practical solution. “There’s a name for someone who holds the positions you’re espousing,” I would say helpfully. It’s ‘Episcopalian.’” It was as if I’d farted in church: Instead of getting a grateful smile and a request for directions to the nearest Episcopalian church, I would get a frown and the objection: “But I’m a Catholic.”  Identity and a sense of group belonging and heritage, it was clear, carried more weight than belief.

Just as with the Gumby Catholics, these Gumby Republicans will contort their belief structures to stay ‘Republican’. Most of the time it means staying silent in the face of some atrocious behavior or policies, but the creation of a 6-3 extremely conservative court is strong evidence that holding their nose when it comes to Trump has paid off handsomely.

But Republicans are experiencing the same crisis of identity as Catholics have for the past two centuries at least. What is a ‘Catholic’ these days? The Church, after years of promoting itself as a tolerant, ‘big-tent’ institution, is now tightening up its definitions, leaving liberal-thinking Catholics with an upcoming decision. (Remember: the US Cardinals wanted to forbid Biden from receiving communion because of his stance on abortion.) It’s the same with Republicans. It used to be both clear and accurate to identify yourself as a Republican: You stood for smaller government, lower taxes and self-sufficiency. Today those values define you as a ‘Conservative’. Identifying yourself as ‘Republican’ these days is insufficient: You have to clarify whether you’re a MAGA Republican, a Trump Republican (There’s a difference between the two) or a traditional Republican (‘Conservative).

The Democrats have the same identify problem. While the party used to describe itself proudly as being ‘big-tent’, with enough room for both an AOC and a Joe Manchin, today that breadth is regarded as a negative. The Democrats I know, myself included, have to parse that definition. ‘Progressive’ or ‘moderate’ or even ‘Reagan Democrat’. What was once a country of two parties has now been parsed into five or six, each with a caveat attached to each.

An interesting stat that doesn’t hold a lot of hope for our country is that during the past 50 years the use of ‘Religion’ as our primary means of self-identification has been replaced by ‘Political Values’. In other words, it’s more important to be a ‘MAGA Republican’ or an ‘AOC Democrat’ than to be a Catholic or Protestant. And while virtually every religion has tried to teach religious tolerance (interfaith groups, sermons, etc.), the political stances (witness last week’s rulings on abortion and guns) are still widening, with no end in sight.