Behind the Scenes on The Devil’s Breath- Screenplay vs Novel 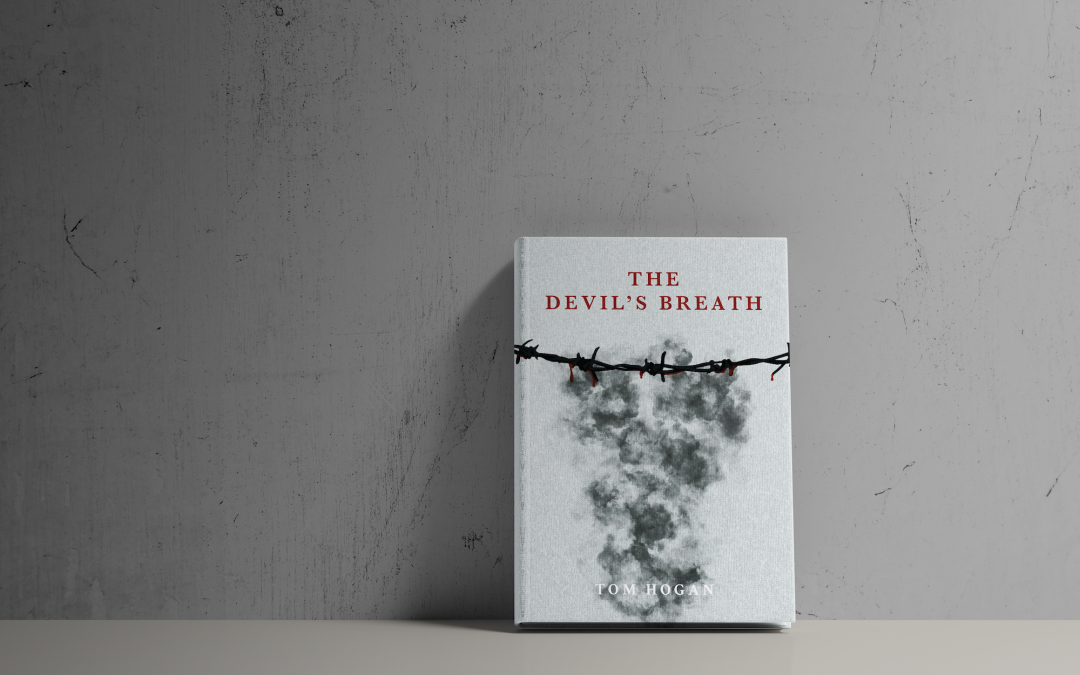 I’m asked every now and then about the genesis of The Devil’s Breath:  was it a screenplay first or a novel? How did you get the core ideas? What made you think you could come up with a fresh take on a subject like the Holocaust?

The idea for DB came to me on a hike in the hills in back of our Los Gatos house. For some reason, two scenes came into my mind immediately—the opening scene of the river of gold and the concluding scene in the gas chamber. I knew I had something worth developing, but at that stage I had no idea where it would go. I went home and jotted down the ideas, then thought about what form it should take.

The most pressing question was:  novel or screenplay:  I had just published my novel, Left for Alive, which had left me ambivalent about the world of novels and publishing. So I thought I’d try DB first as a screenplay; then, if it received good reviews, turn it into a novel. I bought a couple of books on screenplay writing and a copy of Final Draft. Then I set to work. I decided up front not to make DB my trial script. I had a finished story in front of me (Left for Alive) and could teach myself screenwriting by turning the novel into a script. So that’s what I did over the next three months. In addition to learning the rules about what you can and can’t put in a script, I learned that novels don’t lend themselves as easily to a finished script as we might think. There was quite a bit I had to leave out. And recently, in a conversation with a producer, he told me I had the core of a great script but that I had to lose some of my favorite parts and characters to get there.

I realized early in the process that my novelistic writing style was tailored for scriptwriting. I had written Left for Alive from a ‘3rd-person limited’ perspective, meaning that there was no internal dive into a character’s mind, no exposition from the narrative about what was going on and how we’d gotten to this point. What was on the page is what anyone could have observed, had they been a witness to that scene. As a result, I didn’t have to worry about how/when to use voice-overs to get key elements across to the audience.

The other component of my writing style was that my strength, according to almost everyone who has read or critiqued my writing, is dialogue (They also say I suck at description). Conversations between characters that are intended to advance key parts of the narrative can come off as staged or artificial; I had a good sense of voice for my characters and how to make each one unique.

Once I finished turning LFA into a script, I tackled the idea for Devil’s Breath. As I sketched out an outline, I realized quickly that I had a great Act One (setup and establishment of conflict) and a great Act Three (resolution). But I was clueless about Act Two, since it would involve twists and turns (this was a murder mystery, after all) that only gifted, experienced mystery writers can create (Think:  The Sting and Knives Out). So, with the help of the UCLA Screenwriting Program, I posted a ‘pay-for’ offer for someone to work with me in the development of DB. After interviewing 10 candidates, I settled on a strong writer. He took my ideas and went to work. Four months later he came back with a first draft. It wasn’t what I was hoping for, but that was probably my fault (high expectations and poor communication), but I at least had a starting point.

The path from there got a bit convoluted. I found that I couldn’t trust my screenwriting partner to represent DB because he would take those opportunities to present his own work. So I was on my own. I finished a strong first draft and entered it in the Napa Valley Film Festival. It not only was accepted, it became a finalist, though it didn’t win. In sitting with the judges afterward, I found out two things:  1) They weren’t going to award first place to a Holocaust script; it would make them look unimaginative. And 2) I should have opened my pitch with: ‘This script is Sophie’s Choice meets The Usual Suspects.’ I thought that was too cheesy (It reminded me of Robert Altman’s, The Player), but they said it would have caught their interest and that was how most pitches started out down in Hollywood.

Since Napa, the DB script has done well in contests, winning recognition at both the Austin FF and the PAGE contest. But that and $2.50 will get you a cup of coffee these days—you have to continue to plug away, especially when you’re up against the justified reaction of ‘not another Holocaust script’.

So that’s the first stage of DB—the script. The next blog will focus on turning it into a novel.